Hyundai says its ultra-sharp 45 is inspired by the 45-year-old Hyundai Pony Coupe Concept, which itself led to the Pony production car – a big-bang moment in Hyundai’s rise to mainstream status outside South Korea.The 45 is billed as a similarly pivotal moment and blurs the line between hatchback and crossover.

*Update: Hyundai are gearing up to announce their latest innovative electric car, the Hyundai Ioniq 5. While we don't know too much yet, from the whispers we've heard the Ioniq 5 electric SUV is loosely based on this concept 45. And when we say loosely, they look pretty identical.

While we wait for the Hyundai Ioniq 5 to be released in the UK, check out their already popular electric Ioniq. But if you're after an electric SUV, then you can't go wrong with the Audi e-tron, Jaguar I-PACE or Mercedes EQC. Have a gander and then drop us a note or call us on 020 8012 8190 to find the perfect one for you.

You gotta start somewhere
Hyundai might already have the Kona Electric up its sleeve, but this is its first car built as a dedicated EV. Not just a model also designed for combustion engines. It means Hyundai can fully exploit the space-saving advantages of EVs and start with a clean-sheet of paper. Spy shots of the production car show the concept design has been toned down a little, but there’s still a windscreen and rear window angled at a rakish, yes, 45 degrees, so too the wheels-pushed-to-the-corners look for a planted stance and generous room inside. Best of all, the crisp lines are a signpost for all future Hyundais. 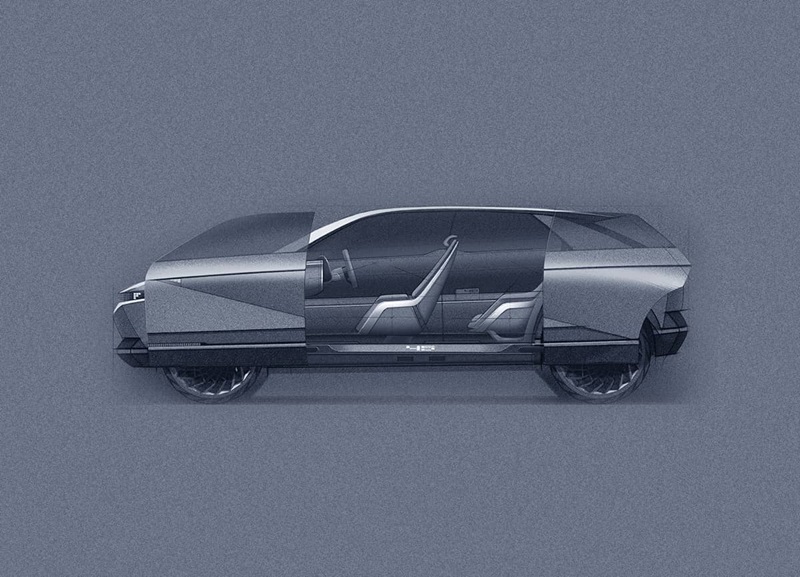 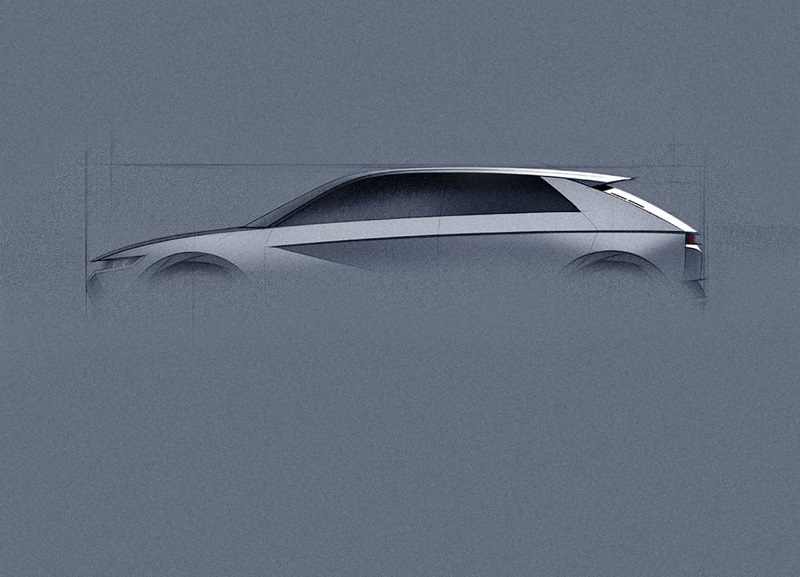 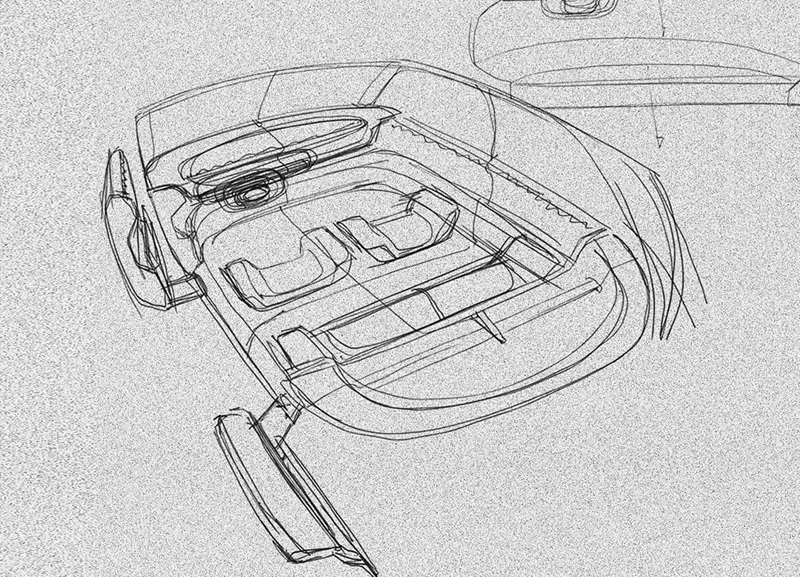 A seriously cool interior
You’re not in the game if your EV concept doesn’t rock a lounge-style interior with floating bits. The 45 jumps all over that bandwagon with pod-like chairs, an instrument panel that’s more desk than dash and clamshell doors that slide in opposite directions like you’re strolling out to the patio – you can even swivel the seats to make climbing in and out easier. The interior’s all finished in a mix of fabric, wood and leather, while a screen stretching three-quarters of the dash displays key info ahead of the driver, with infotainment functionality offset but still easily seen. A flat floor (thank you low-slung battery) emphasizes the vast amount of space. 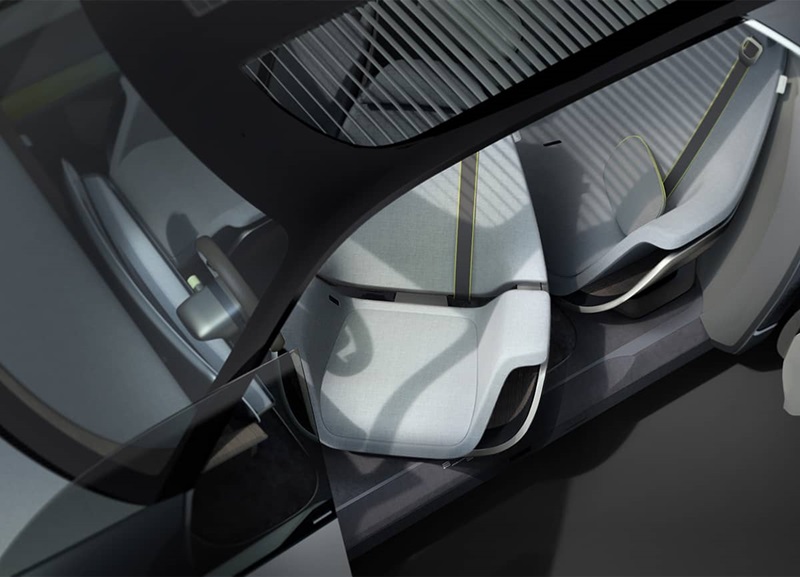 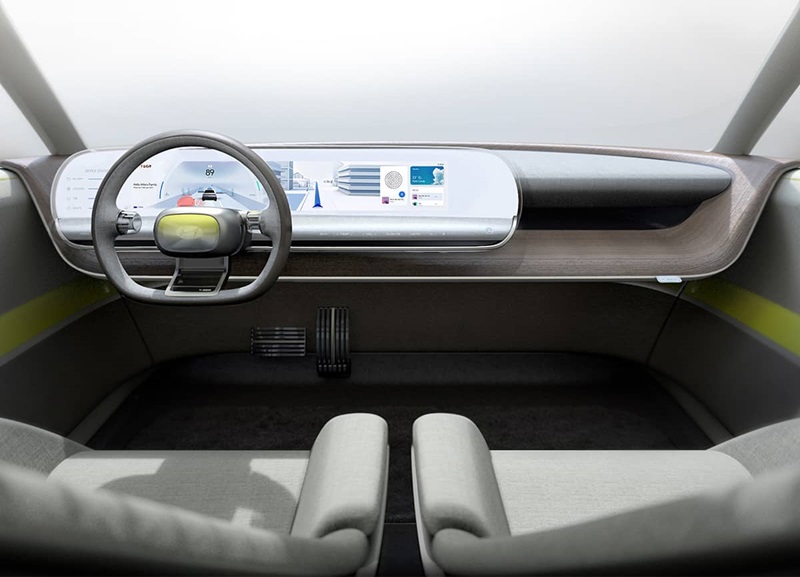 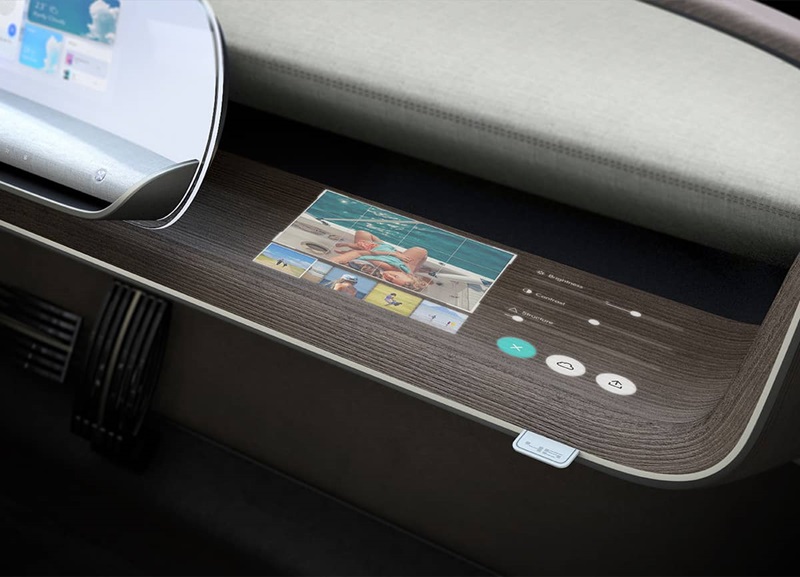 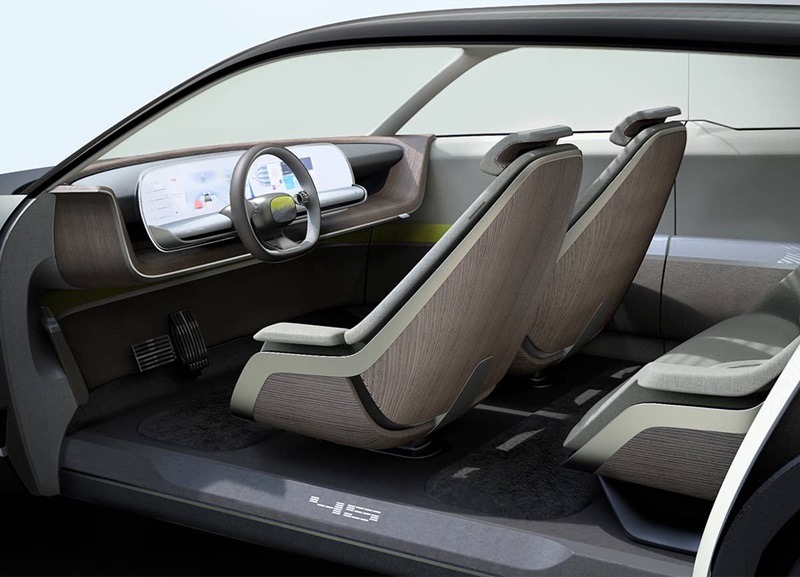 Back to the Future
The original Pony Coupe concept was part 1970s concept wedge and part DeLorean doppelganger – turns out Giorgetto Giugiaro designed both, but it was the Hyundai that was, erm, further Back In The Past. The 45 remixes the Pony’s wedgy four-headlamp front with a retro pixelated LED design and a flash start-up signature like a Times Square billboard. The same signature’s repeated for the rear lights. 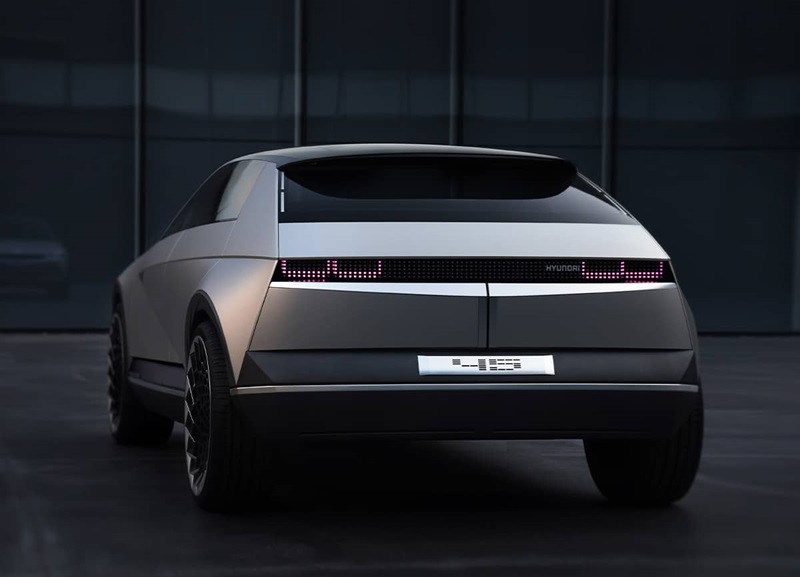 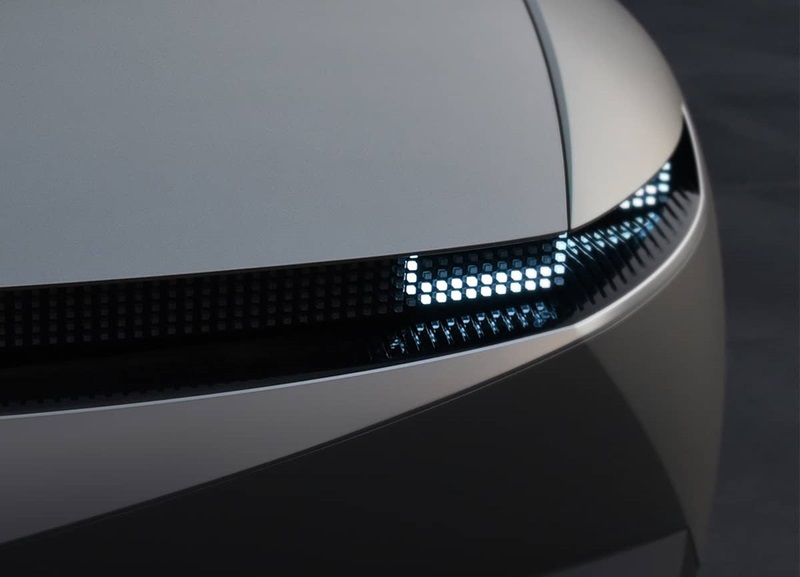 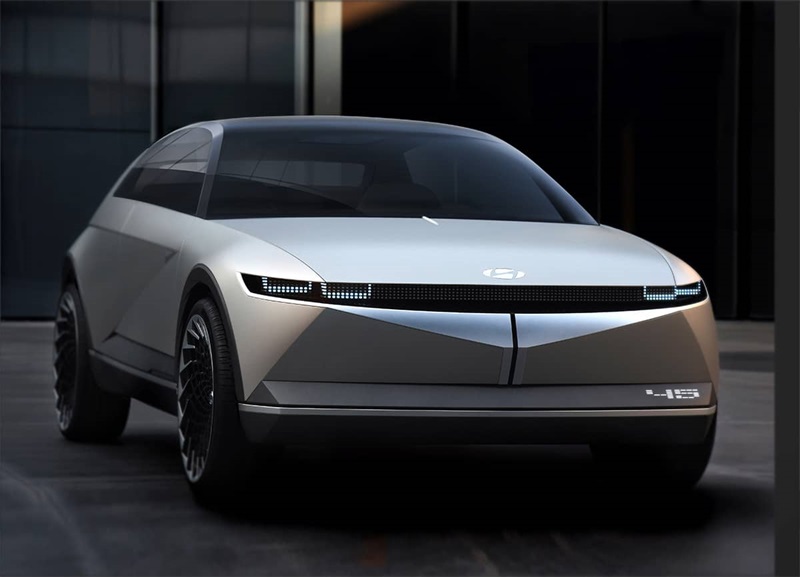 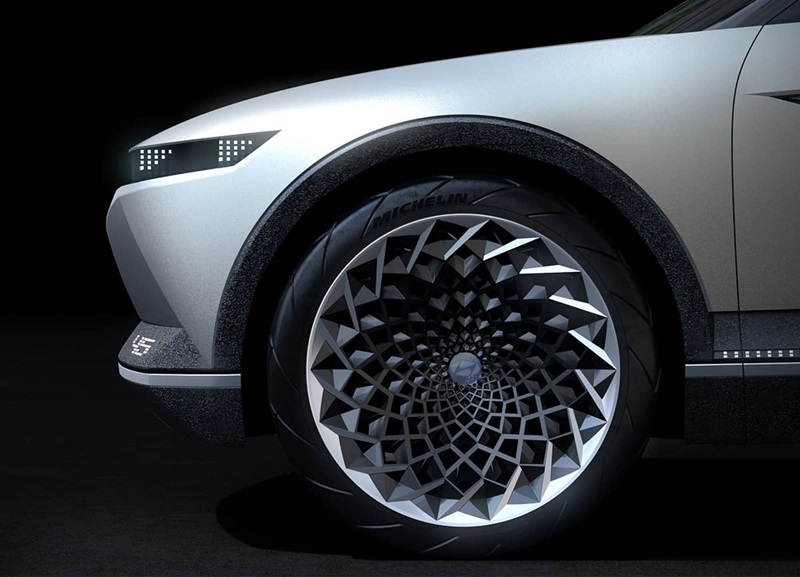 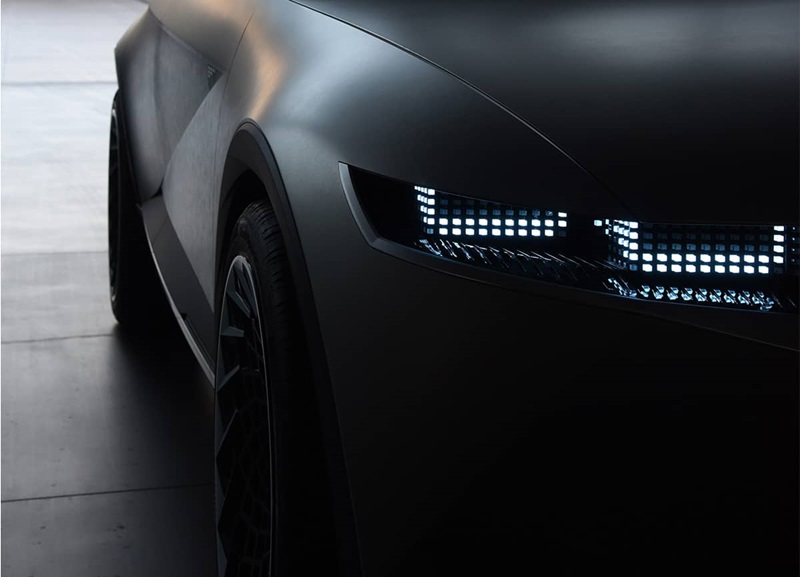 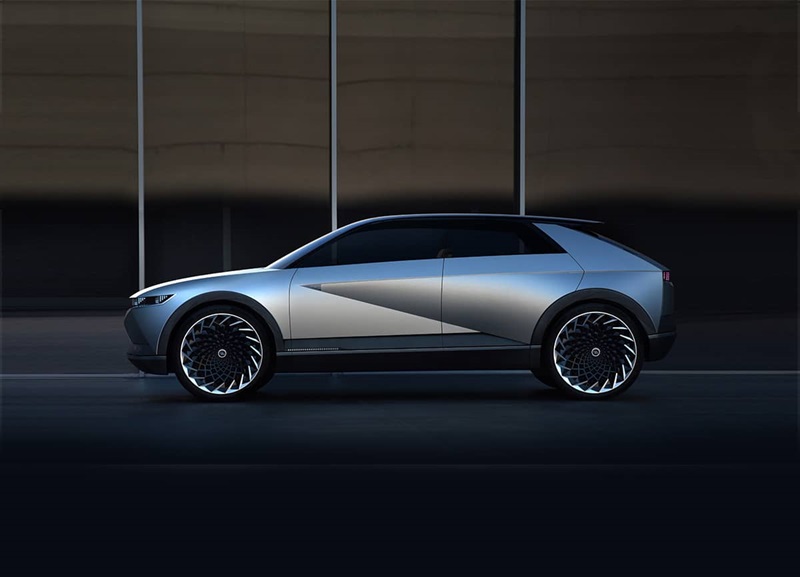