Back in 1960s California when the Volkswagen Beetle and the Beach Boys were all the rage, a rad dude named Bruce Meyers pushed the two a little closer together. The result was a fibreglass beach buggy called the Meyers Manx, riding dunes and highways on a shortened Beetle chassis. Six decades on, Volkswagen’s zero-emissions ID. BUGGY picks up that baton and runs for the surf – and neatly complements the VW ID.BUZZ too. Safe to say there aren’t any other EV beach buggies to lease in the UK right now (we’d need some more sunshine for that), but how about the Renault Twizy for a spot of fun al fresco motoring, or a MINI Electric for go-kart handling electric car fun. If you wanna chat just drop us a note or call us on 020 8012 8190.

Lean, mean and oh so green
The ID. Buggy doesn’t need a DNA test to prove the Meyers Manx is the dad – the original’s pedalo-like floating fibreglass body is updated (this one mixes steel, aluminium and plastic), as are the frog-eye headlamps, the tough-looking underbody protection and knobbly all-terrain tyres. Even the freestanding windscreen frame and rollover bar give it the same shopping basket look. There are no doors and just a fabric door that you’ll have to hastily fasten to the roof in a downpour, but who cares – we’ll get soaked if it means looking this cool. 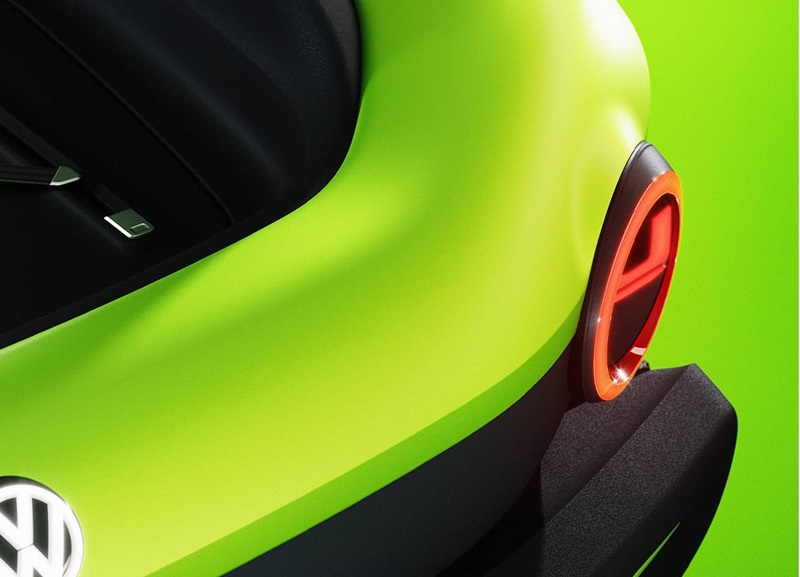 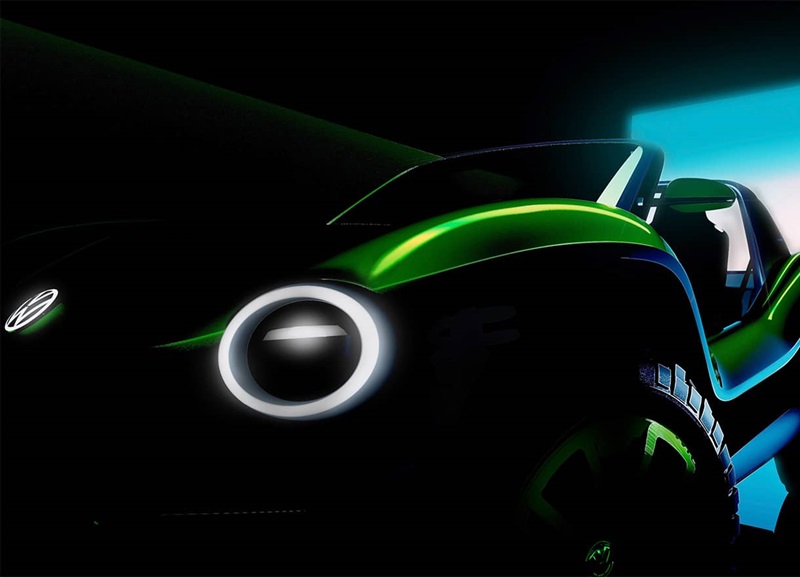 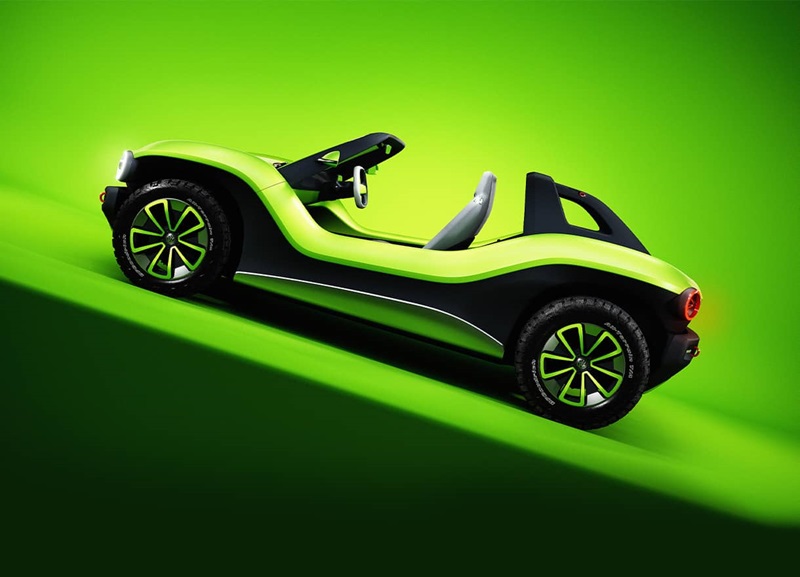 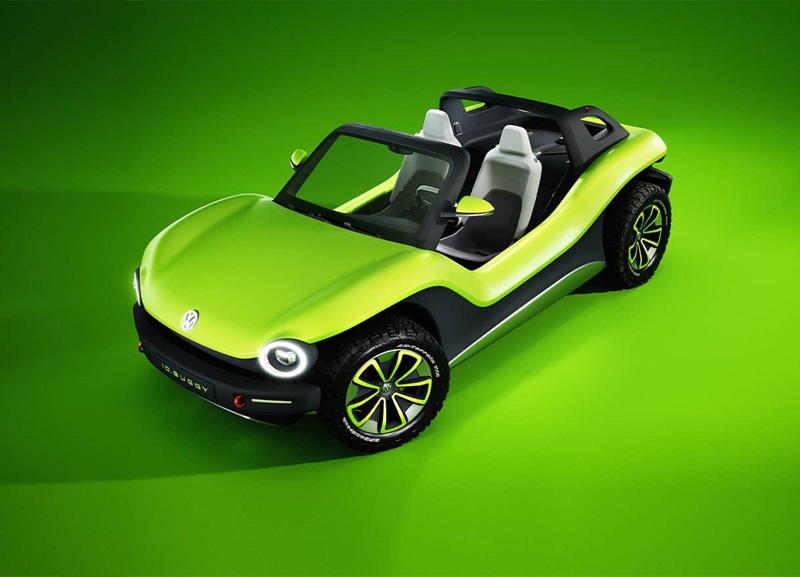 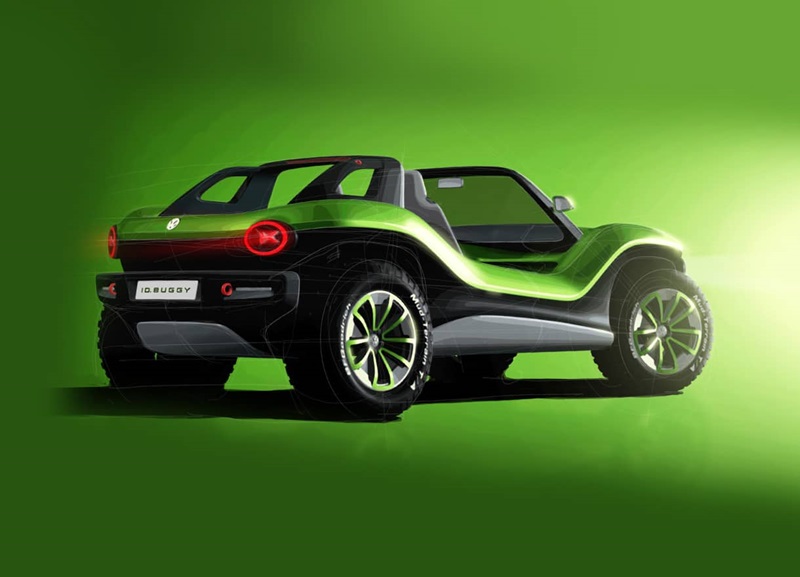 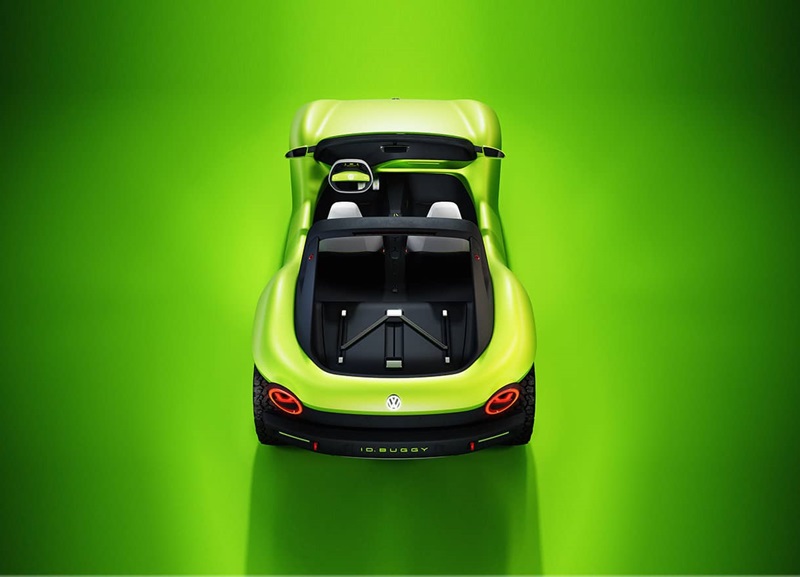 Go-kart interior
The interior is as back-to-basics as you’d hope of a car so exposed to the British weather and designed to play off-road. Durable materials are the name of the game, with aluminium pedals, exposed plastic and just a small screen tucked behind the hexagonal steering wheel. Water-resistant Nappa leather is an unexpectedly luxurious if durable touch and there’s a Bluetooth speaker hidden between the seats (Surfin’ USA, anyone?), but get the ID. Buggy mucky and you can just swill it out. The best news is VW is looking for a modern-day Bruce Meyers to partner on putting the ID. Buggy into limited production. 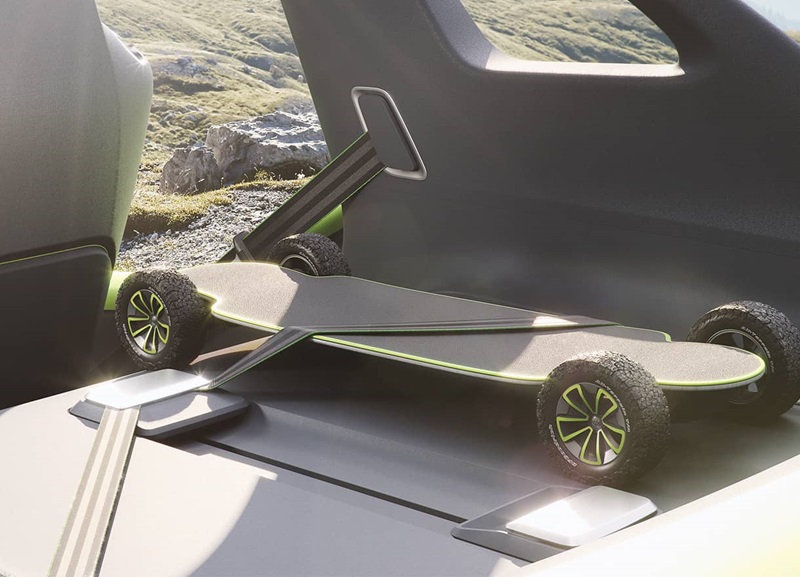 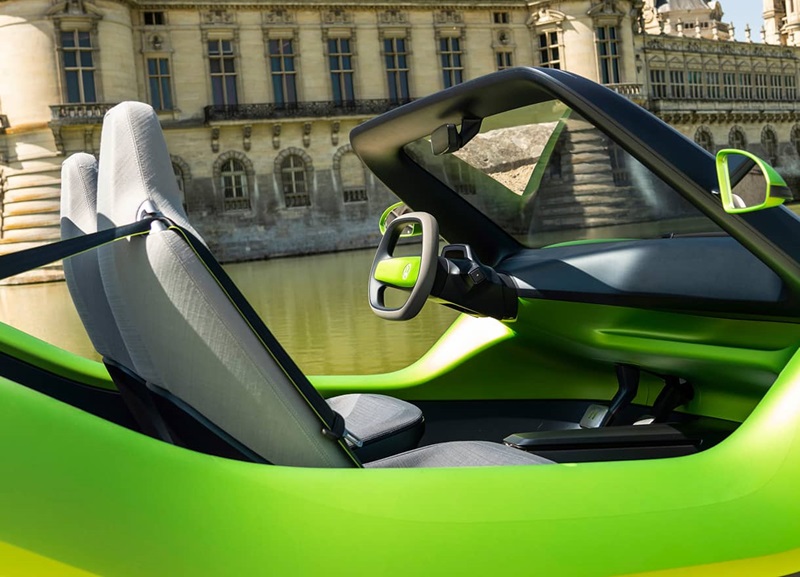 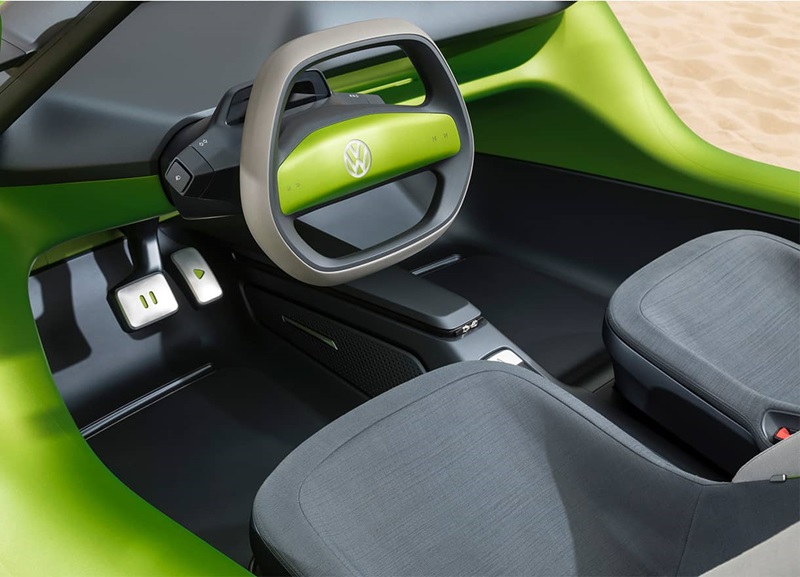 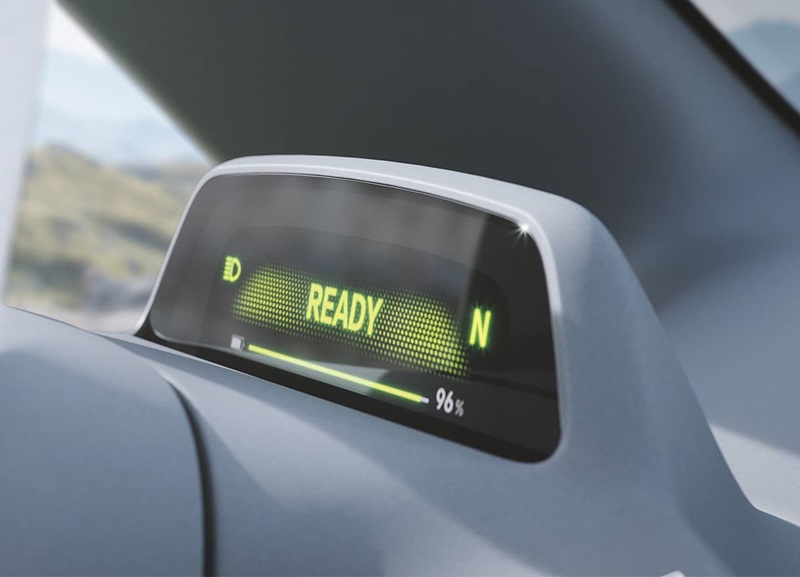 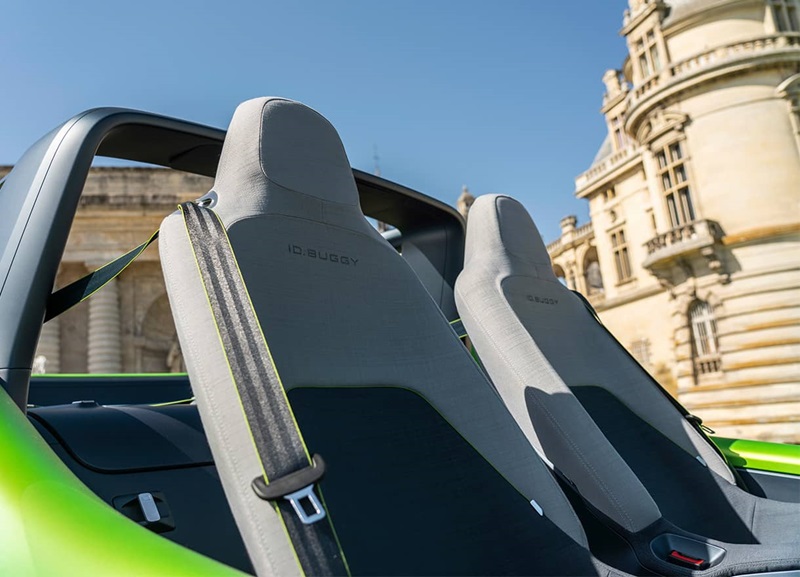 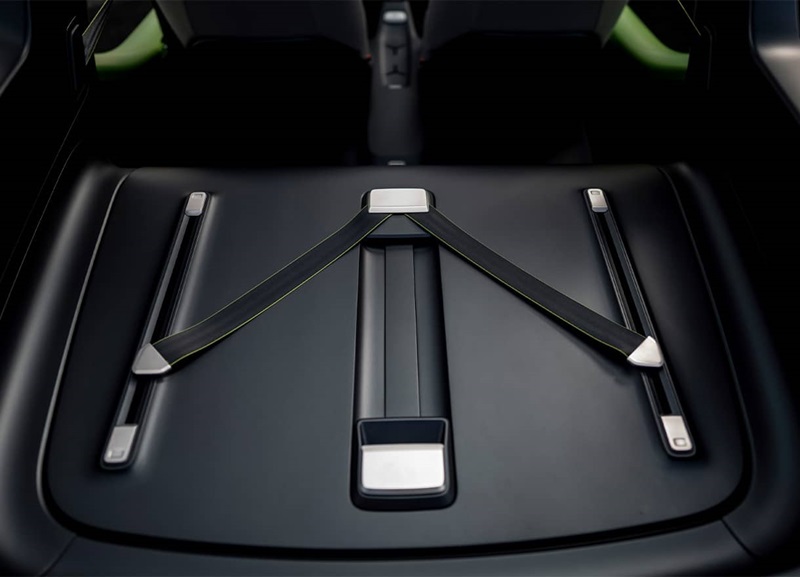 Desert frog
Just like the original Meyers Manx buggies, the ID. Buggy rides on the same parts as VW’s brilliant ID.3, just in a more compact four-metre footprint. So under the skin you get the same ‘MEB’ bits, like a 62kWh battery pack and an electric motor good for 204bhp driving the rear wheels – not too much less punch than a Golf GTI hot hatch, but with a lightweight body. Zero to 62mph flashes up in 7.2 seconds and there’s a 100mph top speed. You’ll manage more miles than just running up and down the promenade too – VW says bank-on 150 or so miles of guilt-free cruising. Find a 100KW charger and you’ll have it topped to 80% in half an hour. 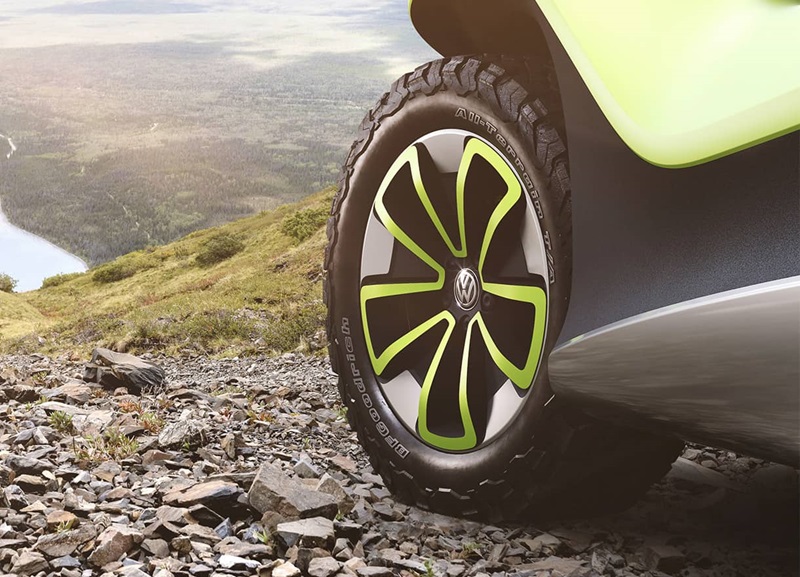 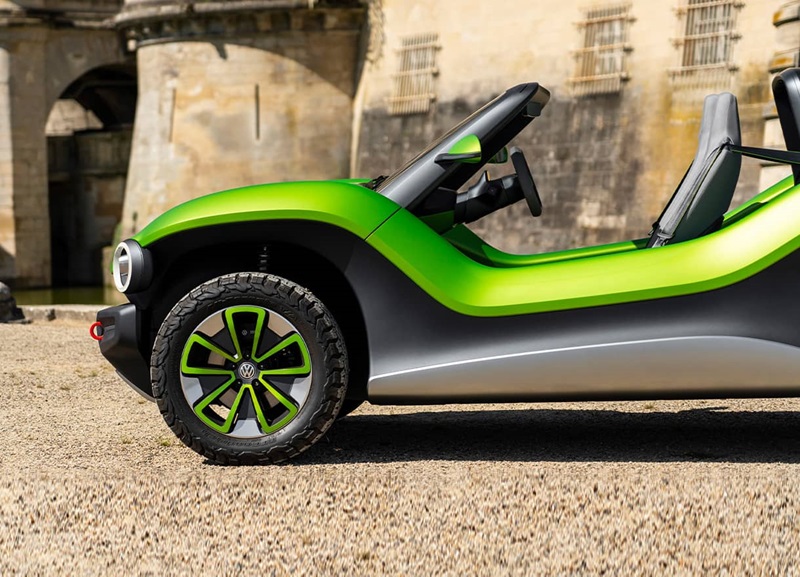 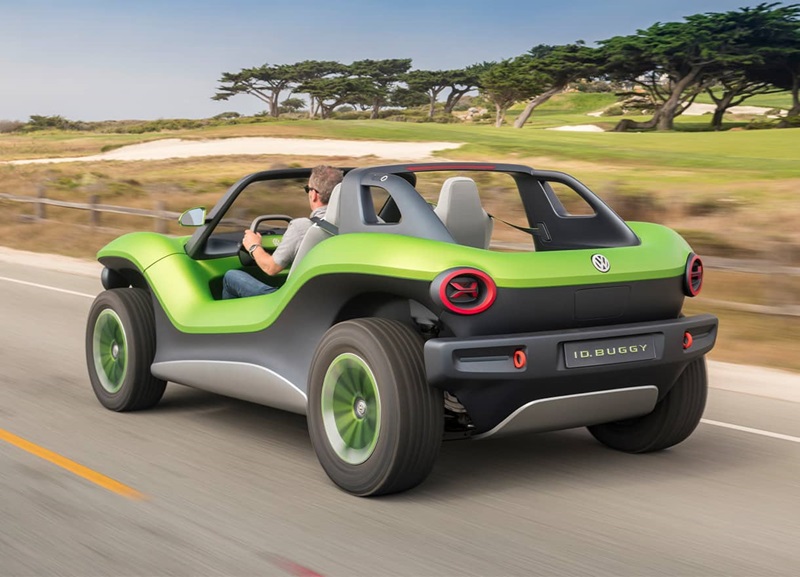 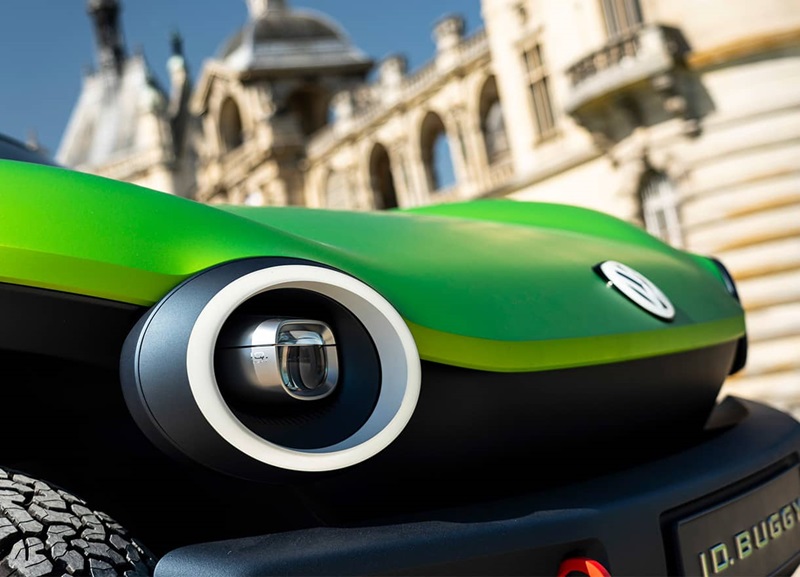 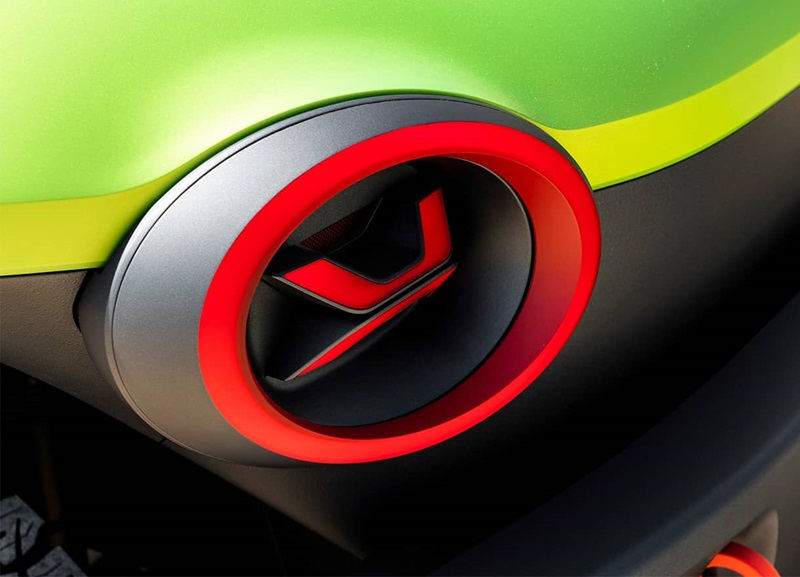