Nissan was early to the crossover craze with its Qashqai and early to EVs with the Nissan Leaf. Now the early-adopting Japanese maker has rolled the two like sushi into a rather tasty crossover EV called the Ariya. Considering the electric concept looks almost showroom-ready, Nissan is keeping its powder dry on the performance specs, only revealing there’ll be twin electric motors for an all-wheel-drive system. Fingers crossed it mixes a bit of Nissan GT-R spice to this high-rise baby SUV. Unlike some concepts, the Ariya is very much grounded in reality (normal doors, normal door handles, even), so expect to lease something very similar in the next couple of years. In the meantime, check out the Hyundai Kona Electric, Peugeot e-2008 or Tesla Model Y instead – funky compact crossovers the lot of them. Take your pick, then if you wanna chat just drop us a note or call us on 020 8012 8190.

Less = more
The Ariya might be a pretty compact 4.6-metres long (about a school-ruler longer than a VW Golf) but the battery laid flat under the floor gives it plenty of space inside – and that space is boosted even further by thin-frame seats wrapped in synthetic leather. A Zen master clearly consulted on the dashboard, which is an object lesson in minimalism: haptic controls glow from the real-wood dashboard like stars in a night sky, and the only physical controls are the start button and a twiddly knob for the 1.23-inch instrument panel that displays all infotainment functions. Ariya proves an interior doesn’t need to sing from the rooftops to look mega cool. 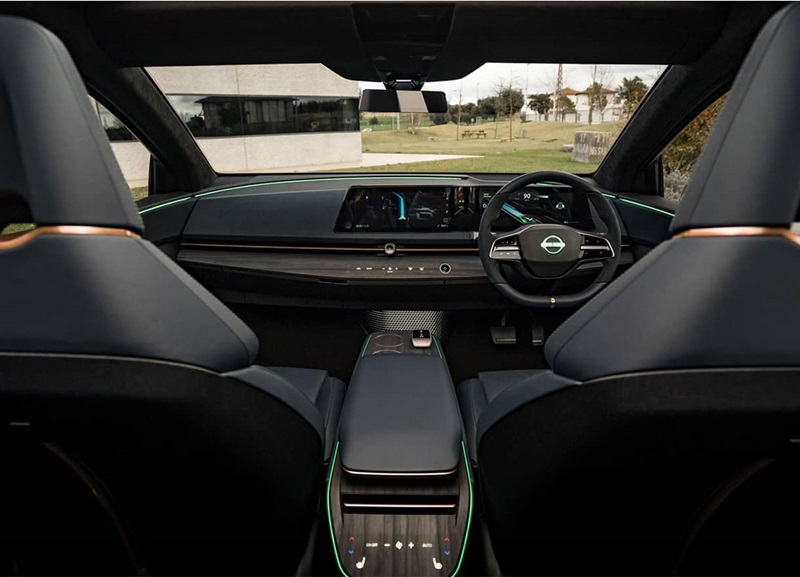 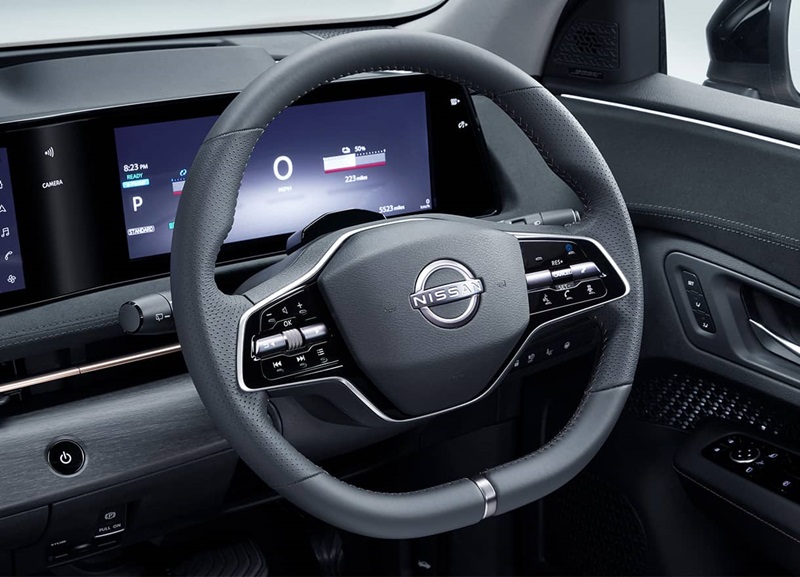 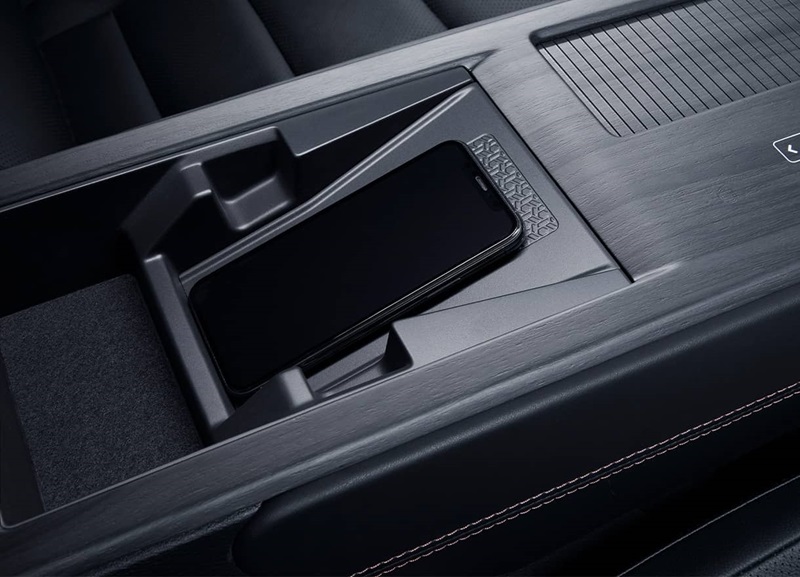 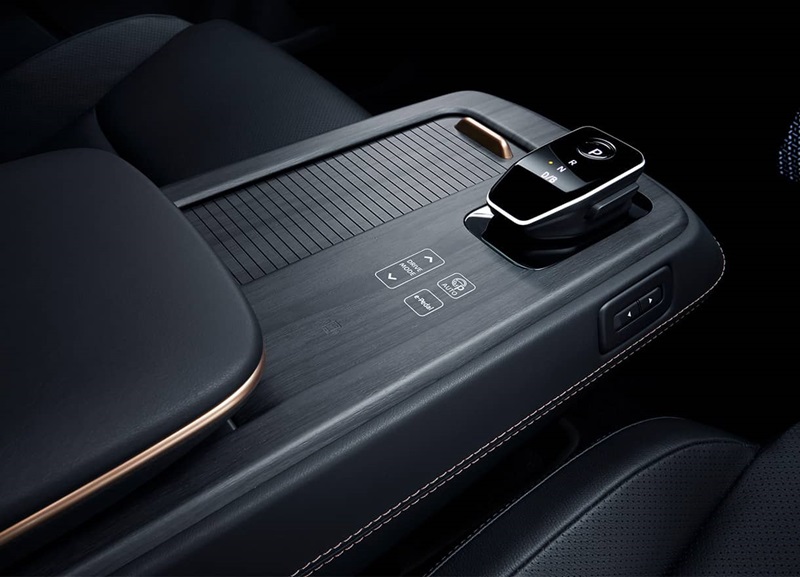 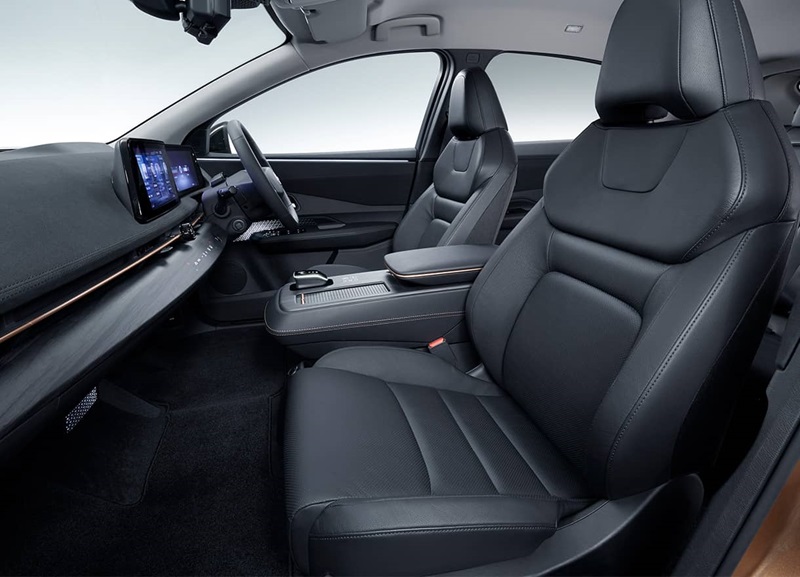 It just looks cool
There’s some concept-car garnish here (huge 21-inch alloys and flashy copper accents) but that tough body and gorgeous arcing roofline shouldn’t change much for the showroom. Hopefully the mean-looking front end remains too: at first glance the Ariya has a recognisable Nissan-style face, but freed from having to cool an engine Nissan’s given the grille a high-tech twist – it contains a radar sensor and flashes up trick light signatures, including a digital Nissan badge and racey ‘V’ like a plunging neckline. The rear gets a similarly high-tech lightblade treatment that’ll make Knight Rider fans wobble. 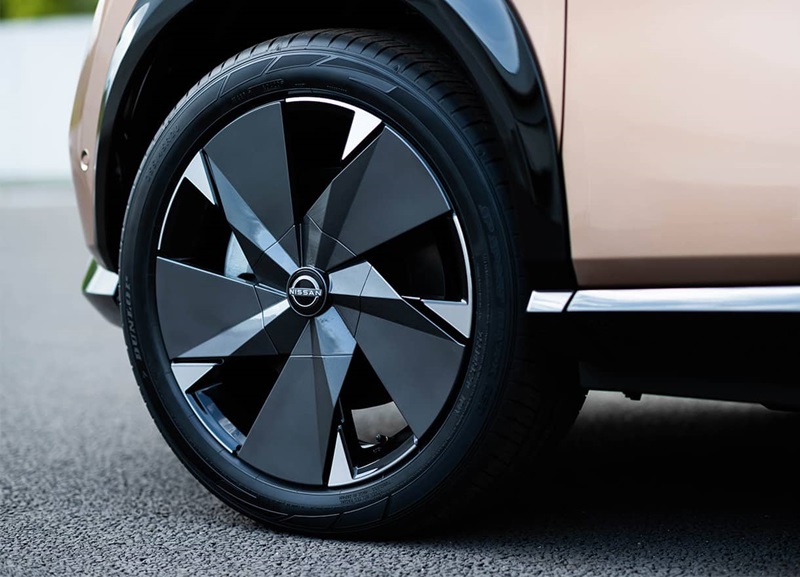 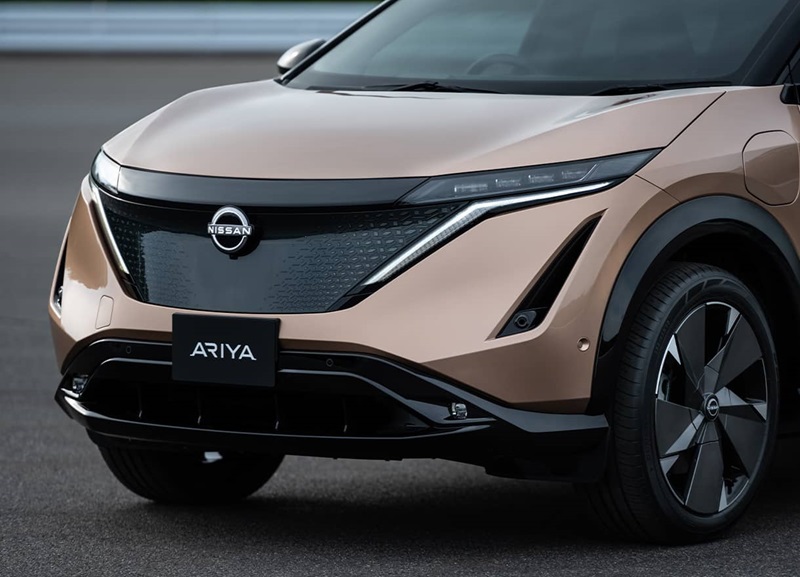 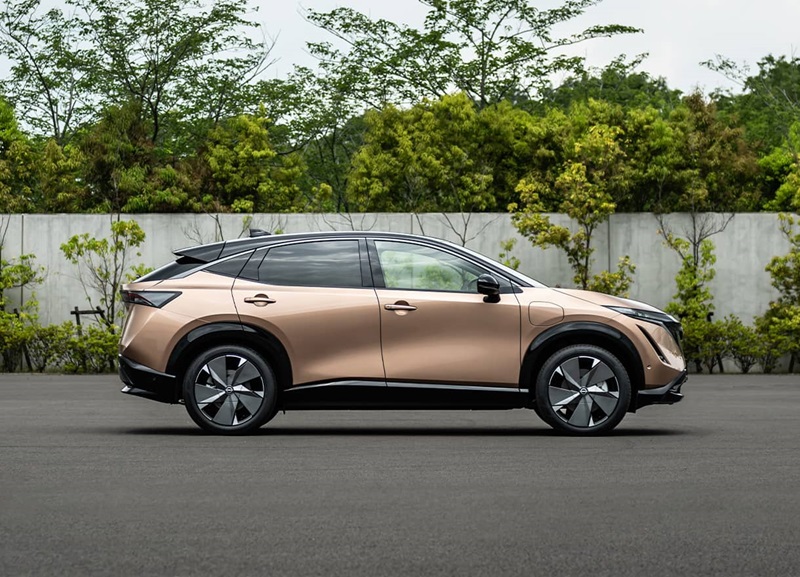 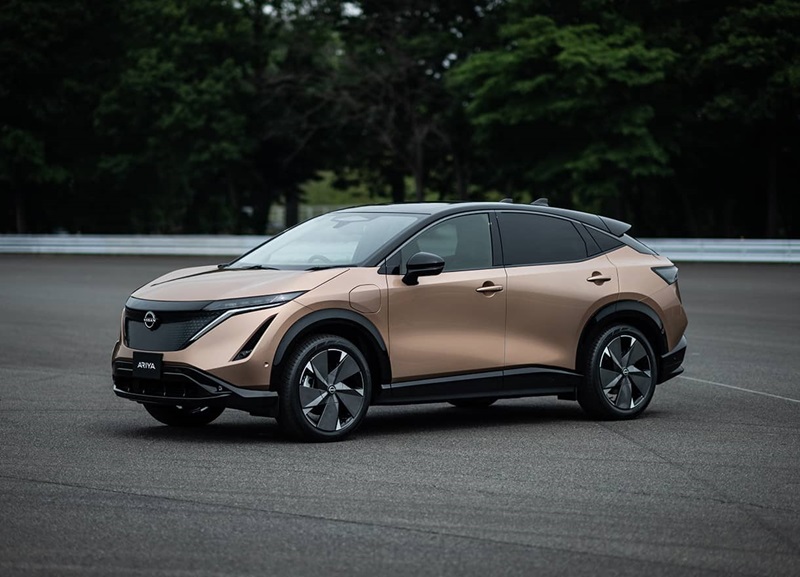 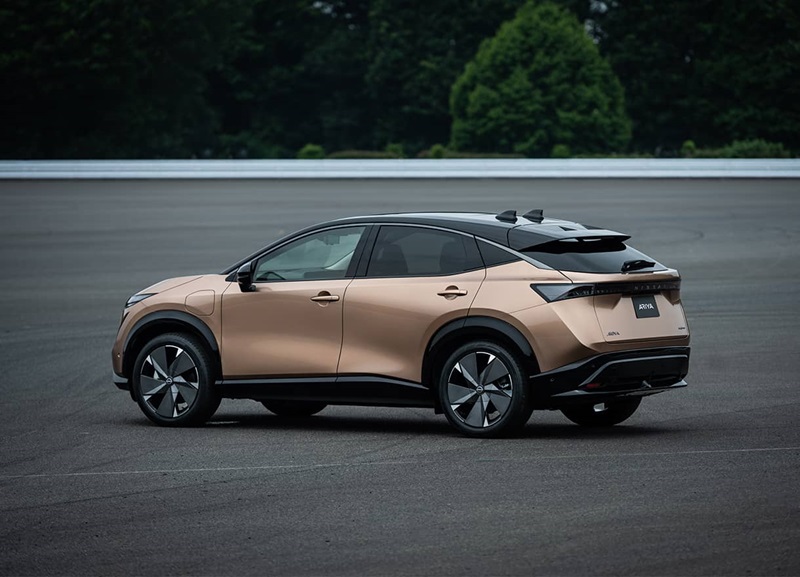